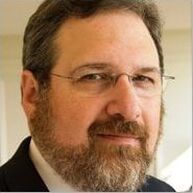 Robert H. Bork, Jr. – President and Board Member
Robert H. Bork, Jr., is the eldest son of the late Judge Robert H. Bork.  He heads the Bork Group, a public affairs agency. He began his career journalism career as a police reporter before moving to business and economics. As a journalist, he covered international economics at U.S. News and World Report, was managing editor of the quarterly journal Regulation, and worked as a reporter at Forbes, The Detroit Free Press, The Fort Worth Star-Telegram and The Miami Herald. He later worked at the Heritage Foundation, on Capitol Hill as an aide to U.S. Sen. Gordon Humphrey (R-NH), and as special assistant for U.S. Trade Representative Carla Hills. Mr. Bork’s range of experience includes antitrust, product liability, intellectual property, securities fraud, economic espionage, white-collar crime, mergers and acquisitions, First Amendment, and employment discrimination. Mr. Bork graduated from Carleton College with a degree in American history. He was a Herbert J. Davenport Fellow in Business and Economic Journalism at the University of Missouri School of Journalism. 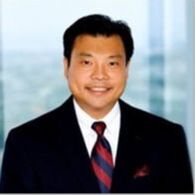 John Shu - Board Member
​​John Shu is an attorney and legal commentator. His focus areas include antitrust, constitutional law, securities & corporate law, politics, and international affairs. Mr. Shu has lectured and published on a wide variety of issues. Mr. Shu served President George H.W. Bush and President George W. Bush. He also served Judge Stanley Sporkin, U.S. District Court for the District of Columbia, who was Director of Enforcement at the U.S. Securities & Exchange Commission and General Counsel at the Central Intelligence Agency, and Judge Paul Roney, U.S. Court of Appeals for the Eleventh Circuit, who was Presiding Judge of the Foreign Intelligence Surveillance Court of Review. Mr. Shu is a member of the National Committee on U.S. - China Relations, the Pacific Council on International Policy, and the Foreign Policy Association.

Elliot S. Berke – Board Member, General Counsel
Elliot S. Berke serves as Managing Partner of Berke Farah LLP. Prior to founding Berke Farah LLP, Elliot served as a partner and as practice group co-chair at McGuireWoods LLP.  He has been named by Chambers USA as a "Nationwide Best Lawyer" and by Washingtonian as one of "Washington's Best Lawyers."  His diverse client base consists of federal and state elected and appointed officials, campaign committees, political parties, PACs, corporations, small businesses, trade associations, lobbying firms, public relations firms, nonprofits, and individuals. He represents clients before congressional ethics and oversight committees, the FEC, the DOJ, Inspectors General, and other and federal and state departments and agencies. He has represented presidential appointees on their confirmation over three Administrations.  He has represented the top four leadership positions in the U.S. House of Representatives – Speaker, Majority Leader, Majority Whip, and Conference Chair – as either in-house or outside counsel, and currently serves as outside counsel for Republican Leader Kevin McCarthy and Conference Chair Liz Cheney. He currently serves as a Special Assistant Attorney General for the State of Georgia (and served as a Special Assistant Attorney General for the State of Oregon 2014-2016).   He is a frequent speaker on political law, and regularly conducts the ethics training for the Members of Congress and Chief of Staff retreats sponsored by the Congressional Institute, where he serves as its outside counsel.  He serves as General Counsel & Senior Advisor to the Jack Kemp Foundation. His commentary has appeared in media outlets including Fox's Special Report w/Bret Baier and Tucker Carlson Tonight, NBC Nightly News, the Wall Street Journal, the New York Times, USAToday, Politico, and the Washington Post. 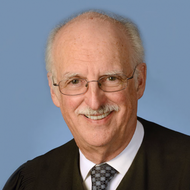 Senior Circuit Judge Douglas Ginsburg was appointed to the United States Court of Appeals for the District of Columbia in 1986; he served as Chief Judge from 2001 to 2008. After receiving his BS from Cornell University in 1970, and his JD from the University of Chicago Law School in 1973, he clerked for Judge Carl McGowan on the D.C. Circuit and Justice Thurgood Marshall on the United States Supreme Court.
​
Thereafter, Judge Ginsburg was a professor at the Harvard Law School, the Deputy Assistant and then Assistant Attorney General for the Antitrust Division of the Department of Justice, as well as the Administrator of the Office of Information and Regulatory Affairs in the Office of Management and Budget. Concurrent with his service on the federal bench, Judge Ginsburg has taught at the University of Chicago Law School and the New York University School of Law. Judge Ginsburg is currently a Professor of Law at the Antonin Scalia Law School, George Mason University, and a visiting professor at the University College London, Faculty of Laws. Joshua D. Wright is University Professor and the Executive Director of the Global Antitrust Institute at Scalia Law School at George Mason University. Professor Wright also holds a courtesy appointment in the Department of Economics. In 2013, the Senate unanimously confirmed Professor Wright as a member of the Federal Trade Commission (FTC), following his nomination by President Obama. He rejoined Scalia Law School as a full-time faculty member in Fall 2015.  Professor Wright is a leading scholar in antitrust law, economics, intellectual property, and consumer protection, and has published more than 100 articles and book chapters, co-authored a leading antitrust casebook, and edited several book volumes.  Professor Wright's teaching interests include Antitrust, Contracts, Administrative Law, Intellectual Property and Antitrust, and Quantitative Methods. 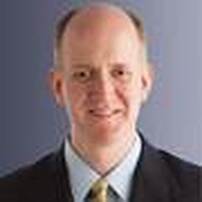 ​Daniel Crane is the Frederick Paul Furth Sr. Professor of Law at the University of Michigan Law School. He served as the associate dean for faculty and research from 2013 to 2016. He teaches Contracts, Antitrust, Antitrust and Intellectual Property, and Legislation and Regulation. He previously was a professor of law at Yeshiva University's Benjamin N. Cardozo School of Law and a visiting professor at New York University School of Law and the University of Chicago Law School. In spring 2009, he taught antitrust law on a Fulbright Scholarship at the Universidade Católica Portuguesa in Lisbon. Professor Crane's work has appeared in the University of Chicago Law Review, the California Law Review, the Michigan Law Review, the Georgetown Law Journal, and the Cornell Law Review, among other journals. He is the author of several books on antitrust law, including Antitrust (Aspen, 2014), The Making of Competition Policy: Legal and Economic Sources (Oxford University Press, 2013), and The Institutional Structure of Antitrust Enforcement (Oxford University Press, 2011). 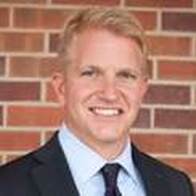 Thom Lambert
Wall Chair in Corporate Law and Governance and Professor of Law
University of Missouri School of Law
https://law.missouri.edu/person/thom-lambert/

​He is co-author of a leading antitrust casebook and has published more than two dozen law review articles on antitrust, corporate, and regulatory matters.  His most recent book, How to Regulate: A Guide for Policymakers was published by Cambridge University Press in 2017.  He is a regular contributor to the law and economics blog, Truth on the Market (www.truthonthemarket.com). 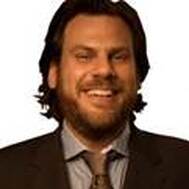 ​Geoffrey A. Manne is the president and founder of the International Center for Law and Economics (ICLE), a nonprofit, nonpartisan research center based in Portland, Oregon. He is also a distinguished fellow at Northwestern University Center on Law, Business, and Economics. In April 2017 he was appointed by FCC Chairman Ajit Pai to the FCC’s Broadband Deployment Advisory Committee, and he recently served for two years on the FCC’s Consumer Advisory Committee.  Mr. Manne earned his JD and AB degrees from the University of Chicago and is an expert in the economic analysis of law, specializing in competition, telecommunications, consumer protection, intellectual property, and technology policy. 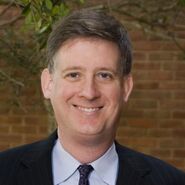 Alan J. Meese
Ball Professor of Law and Co-Director, Center for the Study of Law and Markets
William & Mary School of Law
https://law2.wm.edu/faculty/bios/fulltime/ajmees.php

​Professor Meese graduated first in his class with high honors in Ancient Greek from the College of William and Mary, where he also earned a secondary concentration in Economics. He then attended the University of Chicago Law School from which he graduated with honors, served as a Comment Editor on the Law Review and was elected to Order of the Coif. After law school he clerked for Judge Frank H. Easterbrook of the U.S. Court of Appeals for the Seventh Circuit and Justice Antonin Scalia of the U.S. Supreme Court. He is a frequent lecturer on antitrust issues and has served as a referee for the Journal of Legal Studies, Journal of the History of Economic Thought, Journal of Competition Law and Economics, Harvard Law Review, Stanford Law Review, Yale Law Journal and William & Mary Policy Review. 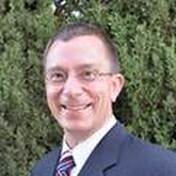 ​Donald Kochan is Professor of Law and Deputy Executive Director of the Law & Economics Center (LEC). Before joining the Antonin Scalia Law School faculty, he was the Parker S. Kennedy Professor in Law at Chapman University’s Dale E. Fowler School of Law from 2004 to 2020. From 2003 to 2004, Professor Kochan was an Olin Fellow at the University of Virginia School of Law. During 2002-2003, he was a Visiting Assistant Professor of Law at George Mason’s Scalia Law School. 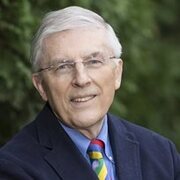 Kenneth G. Elzinga was the first recipient of the Cavaliers’ Distinguished Teaching Professorship at the University, a recipient of the Alumni Association’s Distinguished Professor Award, the Commonwealth of Virginia’s Outstanding Faculty Award, as well as awards in education from the Kenan and Templeton foundations. In 1992, he was given the Thomas Jefferson Award, the highest honor the University of Virginia accords its faculty.

​Each fall, Mr. Elzinga’s introductory economics course attracts over one thousand students and is the largest class offered at the University of Virginia. His Antitrust Policy seminar, which is taught using the Socratic method, often has a waiting list of two years.

Mr. Elzinga’s major research interest is antitrust economics, especially pricing strategy and market definition.  He has testified in several precedent-setting antitrust cases, and was the economic expert for the prevailing parties in three Supreme Court cases: Matsushita, Brooke Group, and Leegin.
CONTACT US
® 2021 The Bork Foundation